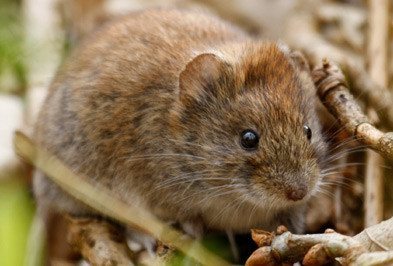 Color: They have long and coarse fur that is usually blackish brown to grayish brown.

Size: Meadow voles are usually between 5 inches and 8 inches long, including the tail.

Meadow voles are a type of ground dwelling rodent. They have short stocky bodies, short legs, and a tail that is covered in a thin layer or fur that is less than half the length of their body. They are brownish – black in color; meadow voles have a round head and a blunt snout, and their ears are partially hidden. Adults can range in length from 4 – 8 ½ inches including the tail.

Why Do I Have A Meadow Vole Problem?

Meadow voles can be found all over the world and throughout Texas.  They are often on your property to feed on plants and vegetation.  They have a preference for grasses, herbaceous plants, bulbs and tubers during the summer and bark and tree roots in the winter. In favorable conditions their populations can increase rapidly and in under a year, a vole population can quickly go from 2 to more than 100.

Do Meadow Voles Nest Inside?

No, meadow voles do not typically nest indoors; in fact it is very rare for a meadow vole to even come into contact with a person. Meadow voles create intricate tunnels in lawns and fields just under the surface of the ground.

What Kind Of Threat Do Meadow Voles Pose?

Voles occasionally roam inside but the main concern is the damage they cause to lawns and vegetation.  Voles live on the surface of the ground, creating little round tunnels in grassy vegetation. They can cause severe damage, especially during winter when they’re active under snow cover. Vole damage is most noticeable in early spring after the snow melts. It’s hard to miss their surface runways which leave a ragged, chewed-up appearance in lawns or grassy areas.

How Can I Tell If I Have A Vole Or Mouse Problem?

Mice and voles are often confused with each other and can appear very similar to the untrained eye; generally if you notice a rodent inside of your home it is most likely a mouse. However, the only way to determine which species has invaded your home or property is to contact a pest control professional. They will be able to trap and identify which species is present and implement a successful control plan.

How Do I Control Voles?

How Do You Prevent Voles?

Because voles live, feed and breed outdoors preventing them can be frustrating. The most effective way to help stop a vole infestation is to keep your lawn trimmed short and to thin out areas of thick vegetation on your property. It may also be helpful to eliminate weeds from your lawn and garden areas. Contact Holder’s Pest Solutions to help you remove voles from your property.

Keeping Rodents Out Of Your Houston Business

Rats and mice are known to cause countless problems for Houston businesses. Not only do they carry diseases and parasites that pose some pretty serious health risks to your employees and customers, but they are [...]

Houston is known for its advancements in space exploration, its extensive list of major league teams: the Houston Astros, Houston Texans, Houston Rockets, Houston Dynamo’s, and Houston Dash, and its extensive rodent infestation problem. While [...]

What’s That Scratching Sound? What To Do about Houston’s Home Intruders

Raccoons and squirrels and rats, oh my! Let’s just say we’ve been getting a lot of requests from our customers this time of year for small wildlife and rodent problems. It’s not surprising either, as [...] 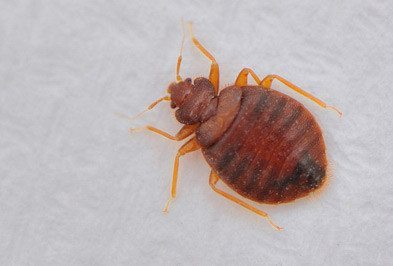 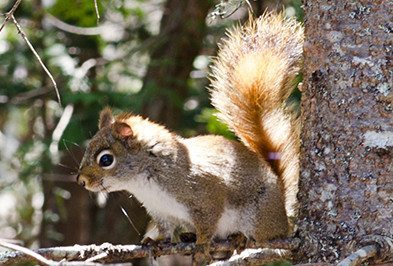