The Ecological Benefits of Termites

A homeowner whose dwelling is subjected to termites will spend an average of $3,000 to make the necessary repairs, with the wood consuming pests accounting for nearly $5 billion in damages to American homes each year. These shocking figures are a testament to its reputation in the United States: an economic catastrophe in insect form. It’s only human to view a termite swarm as Satan’s own spawn, sent to earth to scourge households and figuratively chew dollar bills out of our pockets.

Over 2500 species of termites exist worldwide, however, less than five percent account for any household damage. The ecological benefit they provide is massively overshadowed by the wave of destruction caused by those particular subgroups. While their negative properties shouldn’t be ignored, the termite is a central piece in Earth’s collective ecosystem. In this blog installment, Holder’s details the little seen positive side of nature’s more divisive creatures. 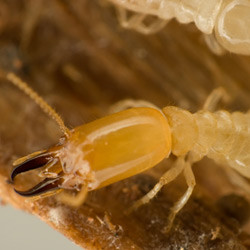 Cellulose, the element termites crave, is naturally abundant throughout many plant fibers and an essential structural piece to nature’s chemical makeup. Its breakdown, however, requires cellulase, an enzyme that few organisms possess. Termites are one of the few animals possessing the ability to ingest cellulose and transform it into a reusable format. This unique feature allows the insect to ingest and process unwanted materials, which includes anything from animal dung to dead plant material. The powerful mitochondria and other microbes combine within the termite stomach to process these raw materials, converting them into waste to benefit the surrounding fauna.

Additionally, some scientists hypothesize that a termite is able to decrease the incidence of forest fires. Due to their desire for rotting wood, they will naturally be drawn to fallen trees and convert the rotting materials. This lessens a fire’s required fuel and removes floor clutter to create improved oxygen flow.

Nitrogen is a ubiquitous element, with the Earth’s atmosphere containing roughly 79% of the chemical. However, nitrogen is usually found attached to other compounds, namely ammonia. As such, for other living organisms to properly use nitrogen, it must be removed or “fixed.” nitrogen fixation is a unique characteristic found in only a small subset of the planet’s creatures. Thankfully, termites are able to digest nutrients and separate the nitrogen from the attached atoms.
By repurposing their diet into a reusable form, termites act as beneficiaries to its ecosystem. The nitrogen rich soil brings forth life to existing plants and can now sustain growth of new crops, which can improve farming plots or forest expansion.

In their quest to develop a hospitable environment to house multiple colonies, termites will burrow deep into the soil and create an expansive network of tunnels that provide shelter to the colony’s thousands of insects. Throughout that process, they’re unknowingly cultivating pores on the Earth’s surface, which are known as “macropores.” These open up moisture pathways in the topsoil, decreasing the runoff potential and decreasing erosion.

A supplementary benefit from their housing construction process stems from the soil relocation, as termites will transport the mineral rich subsoil found after burrowing through topsoil. Doing so further augments the mineral availability of the termite environment and puts forth the resources necessary to preserve life. As such, we as humans receive the benefit through oxygen producing plants and the aesthetic value of wildlife.

If you are dealing with termites in your home, contact Holder’s for a solution on controlling these pests.