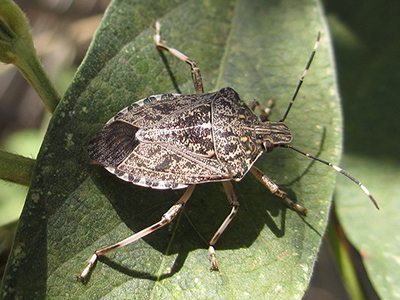 When the weather starts to change and mild temperatures arrive, you may notice a rise in the stink bug population in and around your home. While they are not necessarily dangerous, they can become a nuisance. Here are some answers to common stink bug questions and tips for keeping them out of your home.

Stink bugs are mostly outdoor insects that feed on fruit, so if you have a garden near your home, you may be more susceptible to an infestation. However, the most common reason that stink bugs enter homes is to keep warm as the weather starts to cool off.

How do stink bugs get in your home?

Once the weather cools down, stink bugs will typically move into your attic and walls for protection. You may not even notice them until the weather warms up again and they become more active. However, if you see one stink bug, you probably have several. Stink bugs release a pheromone that attracts other stink bugs.

Are stink bugs harmful to humans?

Fortunately, stink bugs can’t do much damage to humans, their main offense is their foul odor. There are some predatory species that will bite if handled, however, so it’s best to leave elimination to the experts. Assassin bugs, or “kissing bugs” are easily mistaken for stink bugs, and are known to bite humans. Though they aren’t poisonous, they are carriers of Chagas disease and their bite may result in pain and swelling.

If you’re unsure if what you are dealing with is a stink bug, one indication is if they are able to fly or not. Stink bugs are known fliers, and are incredibly good at it – flying up to 3 miles a day. Their wings are so powerful that you can usually hear them fluttering around if they are in your home.

Can an exterminator get rid of stink bugs?

The most effective means for controlling stink bugs is prevention. An exterminator can help you find any entry points that will need to be sealed, such as torn screens, and crack or gaps in exterior walls. Once stink bugs have moved inside they usually hide in the attic, crawl space vents, and in the walls – which make them very difficult to control.

If you know or suspect that you have a stink bug problem, or just want an inspection for possible entry points, contact Holder’s.