Home:Blog:What are the New “Marching Bugs” Coming into Houston?

What are the New “Marching Bugs” Coming into Houston? 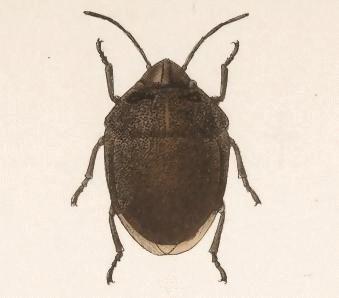 A few months ago, a Houston resident noticed a strange, yet kind of adorable, new bug that many titled the “marching bug”. They look a little bit like blueberries and scurry around in a dancing-like fashion. It seemed to be a mystery as to what kind of insect they are, but it’s more than likely they are nymphs of the Homaemus Proteus species, a type of shield-backed bug, which are found all over the world.

Adult shield-backed bugs, sometimes called jewel bugs, come in a variety of colors. While some are more neutral, such as black or dark brown, they can also be orange, gold, and even metallic – hence the “jewel” nickname. Despite their resemblance to beetles, they are actually a type of “true bug”, which all have a variation of a long, slender mouthpiece that allows them to pierce through plants to suck out sap, or sometimes animals for blood. They also have an enlarged thorax that extends over and shields the abdomen and wings.

Both nymphs and adults exhibit clustering behavior and are often found in large numbers close together, much like the Houston resident discovered. Like stink bugs, many types of shield-backed bugs release a defensive chemical when threatened, making it advantageous for them to stick together in the chance that danger arises. Various types of shield bugs can be found worldwide and prefer fields, shrubby areas, and wood edges in both wet and dry areas.

Homaemus Proteus aren’t necessarily dangerous, but they usually congregate in packs and it can be quite alarming to find an infestation in your home. As mentioned, they can also have a strong odor when grouped together. Their smell is released as a chemical defense when threatened, so be careful not to disturb them too much. It’s best to contact a pest management professional rather than dealing with them yourself.

If you are concerned about any kind of pest infestation, don’t hesitate to contact Holder’s for professional pest management.