Home:Blog, Termites:Houston Spring 2018 – Formosan Termites Coming Out of the Woodwork

Houston Spring 2018 – Formosan Termites Coming Out of the Woodwork

We’ve all heard the buzz, or seen the swarms, rather. It seems that termites have been coming out of the woodwork this spring (pun intended). The NPMA (National Pest Management Association) reported earlier this spring that the South Central U.S. can expect increased termite pressure for spring/summer 2018. Because of our unusually cold and wet winter this year, termites will continue to thrive in areas where moist conditions persist. Well, that sure seems to be the case here in Houston. 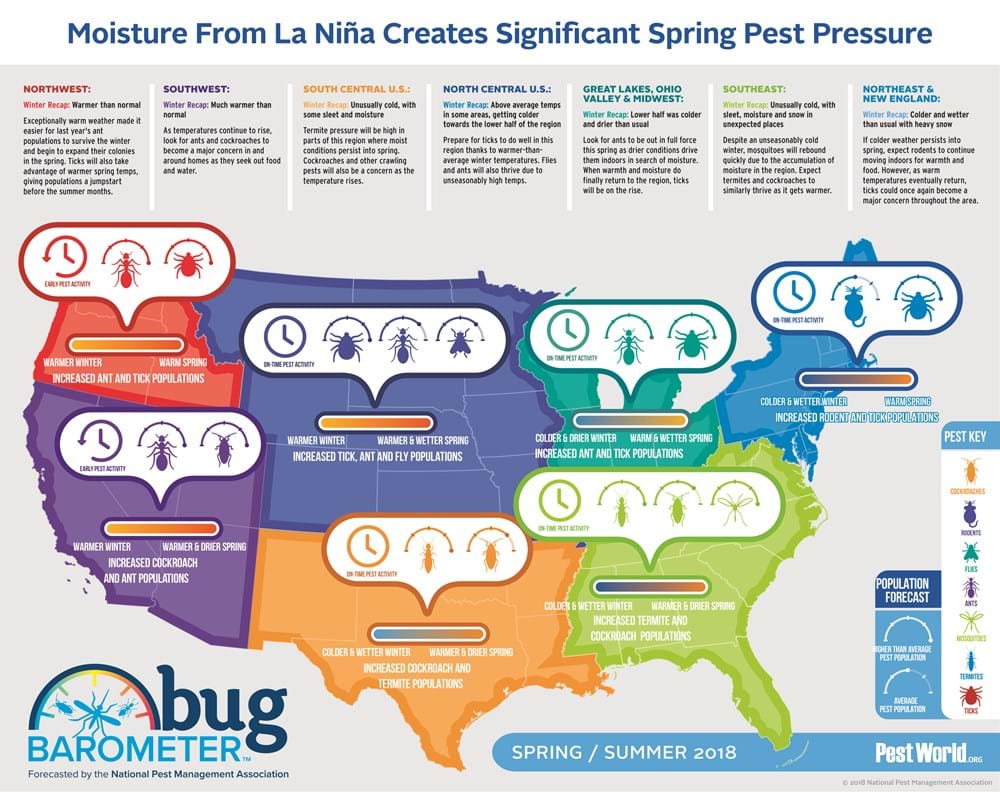 While the most common termite species known to Texas are subterranean and drywood termites, the type of termite that swarms in May is a non-native species known as Formosan termites, a more aggressive sub-species of the subterranean termite. Winged termites are an indication they are in the reproductive stage of life, and looking to start brand new colonies. Formosans are particularly invasive because a single colony can produce several million insects, where other subterranean termites may only produce several hundred thousand. While Formosan termites don’t necessarily eat more than other termite species, they are able to cause more damage in a shorter amount of time due to their large colony sizes.

You may have noticed these insects more often at night, as they are especially attracted to artificial lights. If you’ve seen them around your home or business, it doesn’t necessarily mean you have an infestation, but you do need to remain cautious as it is probable a colony has formed close by. Formosan termites build their colonies in soil and will expand as far out as 300 ft., building from the ground up. Woodpiles, trees and fences on your property may be first on their menu – eventually leading to your home. The average Formosan termite colony can eat a complete two-by-four stud in a matter of 30 days – so move quickly if you are worried about termites on your property.

Your best move? Contact us – your pest professional. It’s much easier to treat termite colonies in the early stages than it is to deal with the cost of repair down the line. Read more about Holder’s termite control and inspection services here.

Want to see how fast termites work? Check out Pest World’s documentation of termites at work in their Tiny Termite House: